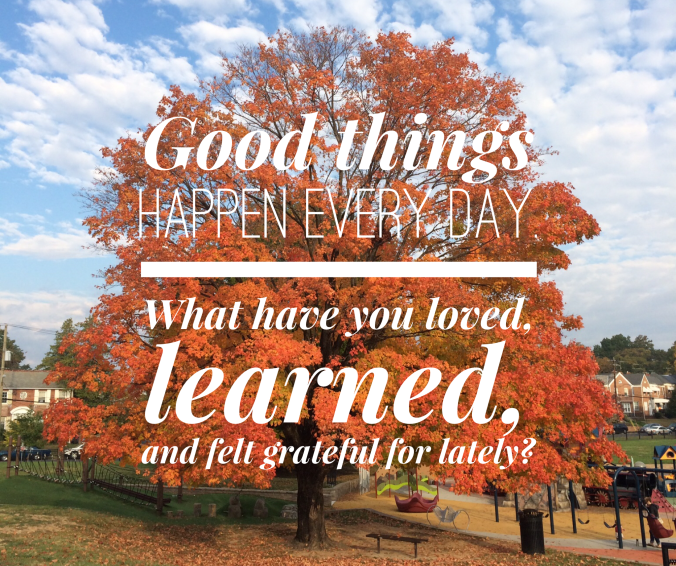 I’ve written and rewritten the top to this post, and planned and shelved the actual posting of it. It’s felt wrong to post lists of good things when such horrible things keep happening – when, in the words of Jimmy Kimmel, it seems like a window to hell has been opened.

But then I remember that it’s in these times that we need to look for the good. We need to be reminded that even amid horror and hate and heartbreaking sadness, good things do happen every day. They’ve felt a little hidden at times in this last year that I’ve been away from these posts, but the more I look for the things that make me smile, the more I find them.

And so, as the first notes of Tom Petty’s “American Girl” ring in my ears, I give you what I’ve loved, learned, and felt grateful for lately.

(Full disclosure: Some of the items on this list may be old news to you, but I still think they’re worth counting.)

Things I’ve been grateful for:

What have you loved, learned, and felt grateful for lately?